If you’re looking for a sign to leave that abusive spouse; this is it! A century ago, women – and I solely write this with so much love – did not have an opinion. We were meant to be seen and not heard. To sire babies and to practically worship the ground men walked on. … 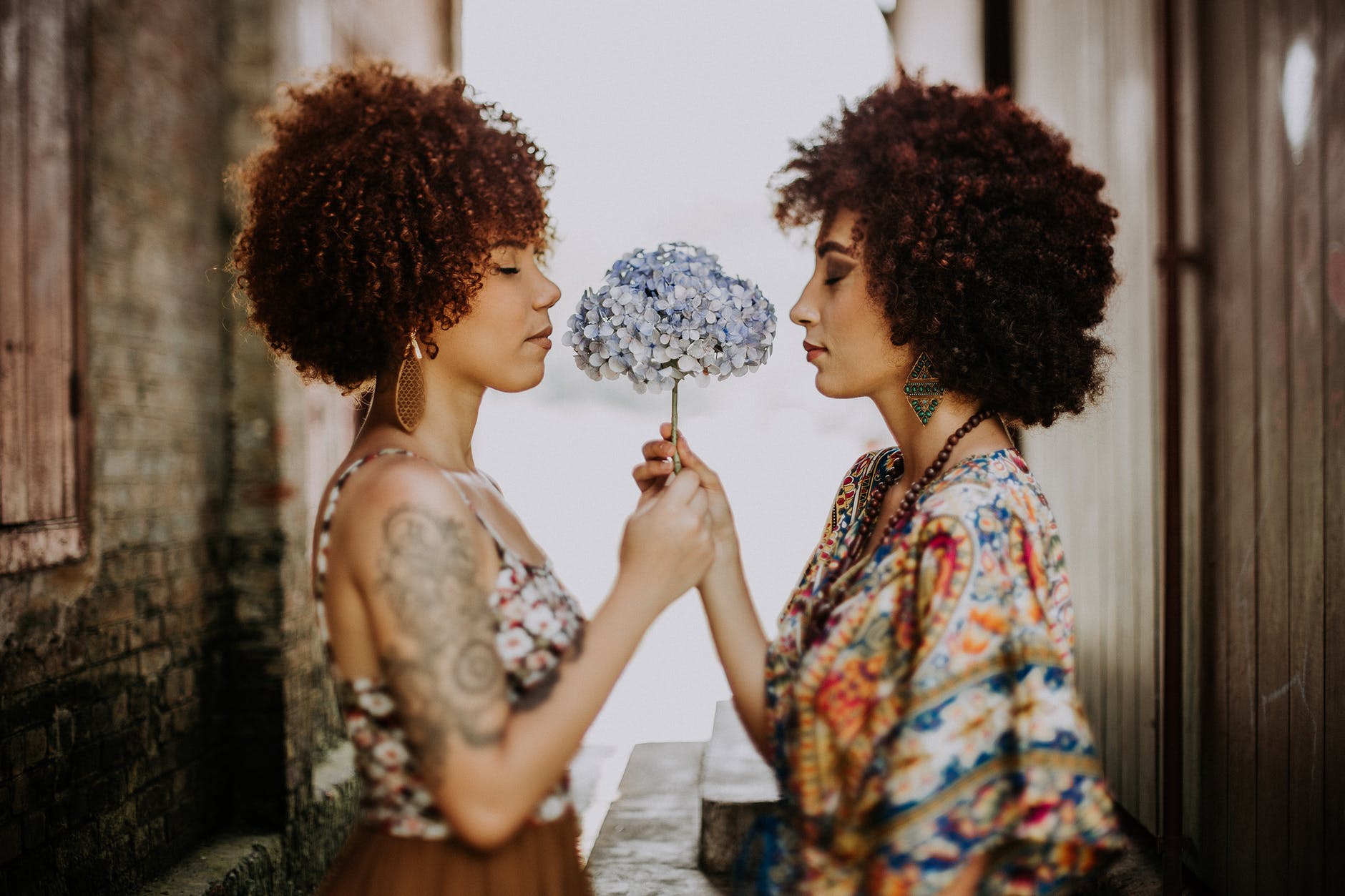 It is almost a familiar concept that a woman  is her own worst enemy. I feel a little indifferent about this because it is partially true; like my mother says if we supported each other we’d have had a female president by now. It is no news that women do forge the worst kind of friendships … 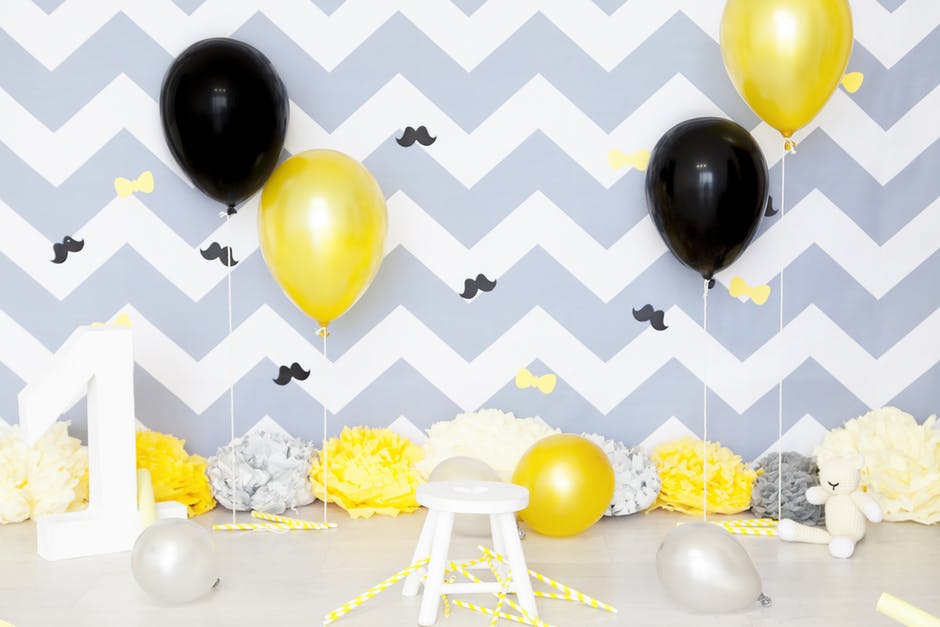 It’s a beautiful Friday, and I’m feeling mellow to the bone! I do not live for Fridays, but after a long week, it’s simply convenient to have some fresh breathing space! Lately, I’ve been doing a lot of soul-searching, and I’ve realized that no one can take what’s yours from you. The only person responsible … 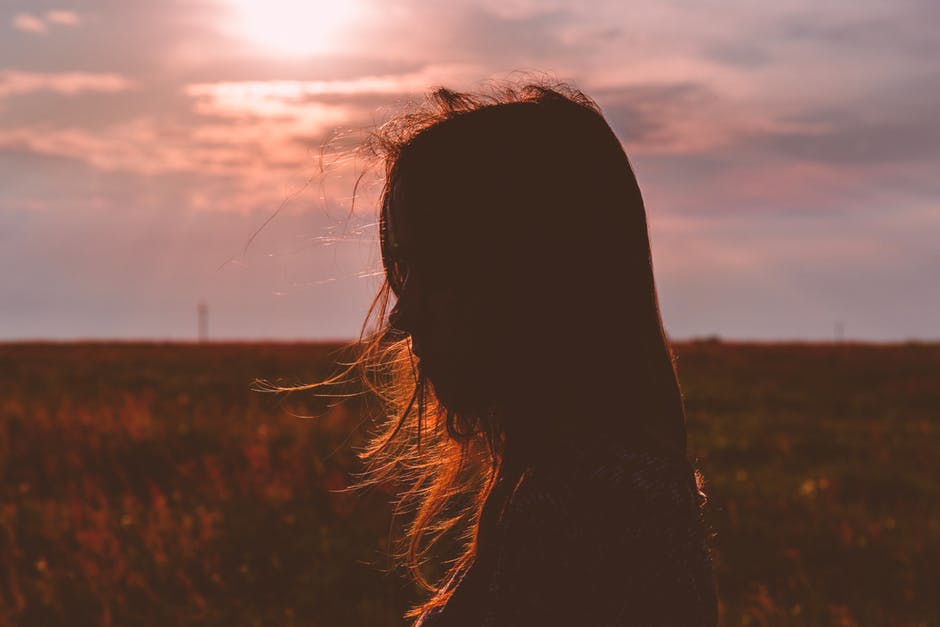 What do you call a mix of disgust and mediocrity? Still contemplating the perfect fit for that. What exactly is a favor? I mean, ‘grab me a drink’ is a favor, ‘call me a cab’ is a favor but ‘Suck my D?’ That is not a favor – that’s  pure disrespect. How on earth … 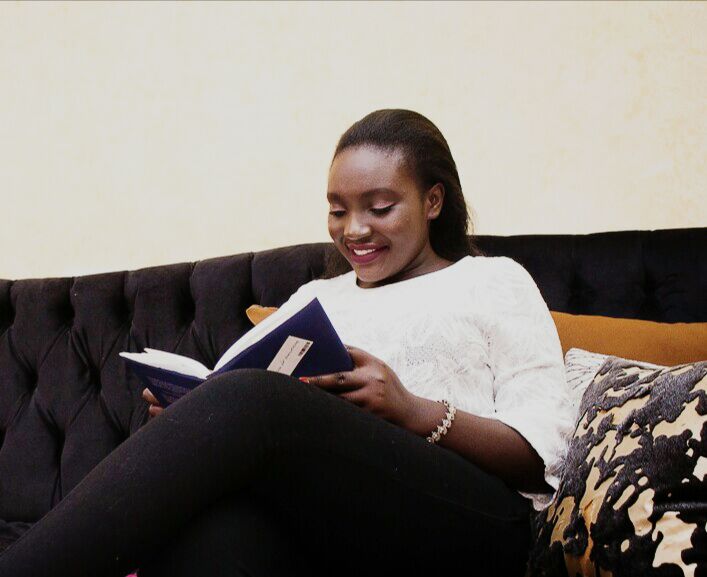 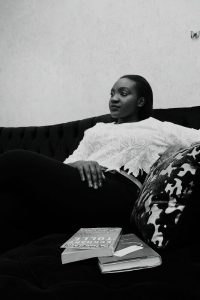 Lately, I have been viciously trolled on my decision to introduce myself as a feminist. Well, it has occurred to me that most individuals who identify as being feminist are apparently, bloodthirsty females who want nothing less than submission from men. Feminism has been viewed as a tool by women to take over the world and make it intentionally hard for men to survive. Incidentally, feminism lost its purpose when a woman got the lead seat at the business meeting and the corner office. Feminism has become a course for women to become whatever they like whenever they want. Every time someone texts me or walks up to me and says, ‘Anita, why? Why are you a feminist? It’s not fair to men’ I simply shrug my shoulders. So, where exactly is the line? Or preferably, what is the line?

Well, I have no problem with women seeking equality to men, I don’t get how offensive it can be to have fierce females. The one thing I do not seem to understand personally is whether society comprehends the definition of feminism as “the advocacy of women’s rights on the ground of the equality of the sexes.” For the longest time women have suffered from all sorts of abuse; FGM, rape, domestic violence, unequal pay, early and forced marriages, sexual trafficking, forced prostitution, illiteracy and so on. It breaks my heart that someone would have the guts to mention that these issues are backdated because these are still deeply rooted in our society. I am yet to meet a single woman who has not undergone any of the injustices I have mentioned above. 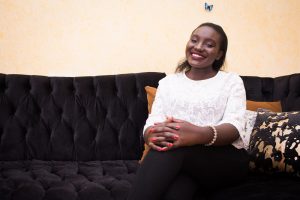 Yes, the least we can do is get angry and bitter about it. I admit some women have literally ridden the high horse with this and in the process cultured hate amongst the sexes. I always say this, as a firm believer and a genuine female – it is a man’s world, but it is nothing without a woman. I am less concerned about bringing men down just to elevate the women. I recognize the man the leader, the provider, and protector. Yes, I believe in submission as an act of love, and I don’t believe we can exist without men. I appreciate men, but that does not mean that they get away with social injustices to women. My kind of feminism has absolutely nothing to do with shaming men; I am all about uplifting women. I am more concerned about proper medical services for women and simply freedom than having a man suck my toes. In my opinion, the most men suffer from is a bruised ego, no offense, but we have paid the price for far too long. 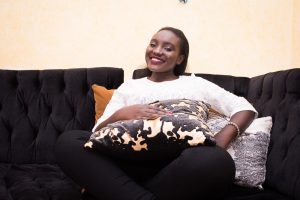 I know equality is quite a vague subject because women and men can never be equals, especially physiologically. We ask for equality, then why do men have to settle the bills? Open the doors and buy us flowers? Are we merely being insatiable? What baffles me is how this is related to a woman having to suffer emotionally and physically for it. Yes, we can split the bill, I can open my door and what do I bring to the table? I brought the freaking table. I believe it’s time we all let our intentions be known; feminism is not a power sequel.
I am a feminist because I believe in women to achieve everything and anything they want. I want women to feel beautiful and worthy if you understand what I mean. So that part..I don’t think that’s feminism that’s just taking advantage of the situation.

I am a feminist, and for me, it’s more about things like FGM, marital abuse, rape, etc. have to end. I want to stand for women, and I want black women to feel beautiful in their skin and hair no matter where they are. I have my personal reasons for being bitter at men but what I am more interested in right now is to uplift the black woman. I want women to believe in themselves to understand what it is to have rights. That’s what I am about or would like to be known for. It’s not like if I have a son right now, I wouldn’t want the best for them. But I want to live in a world where gender doesn’t really define what you get out of life. I wouldn’t want my daughter thinking she’s better just because I’m a feminist or my son considering he’s less of a man just because girls rule the world. I just need balance in this crazy life. I am just a feminist. 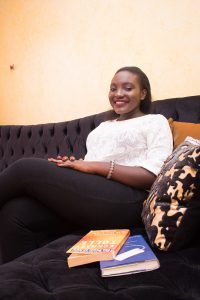 I used to underestimate just how hard it is for women to carry on with their lives without the societal pressure to get married and start a family. Just this weekend, I’ve been asked about five times when I am getting married. As irritating as this is, considering I just graduated and in my early … 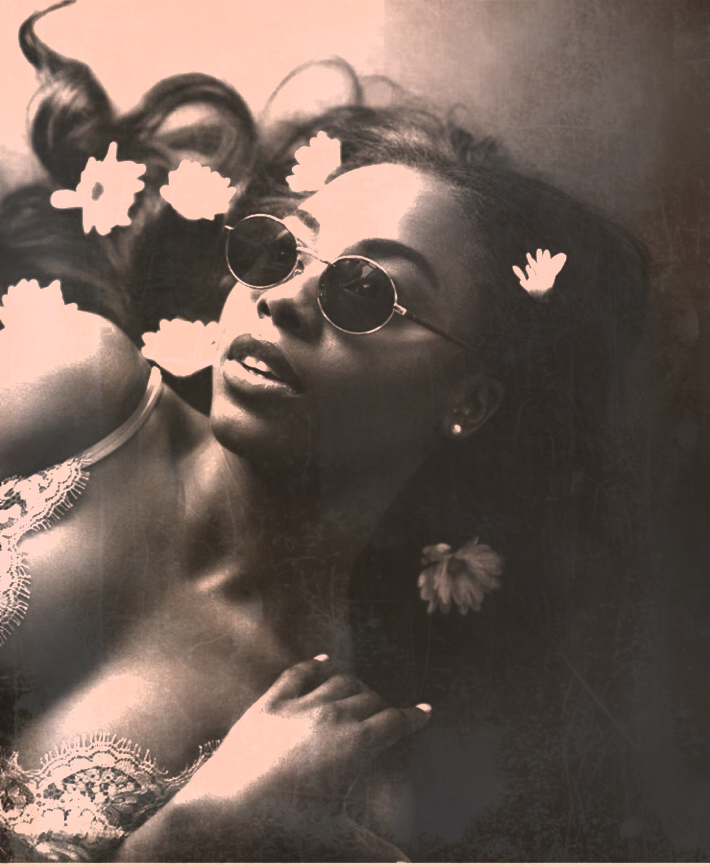 “Down through history men have always been measured by how hard they work and cultivated, how well the protected their wife and children. In the old days, women saw their man as conquerors, providers, heroes. But somewhere along the line that change, women started to become their own heroes, maybe it was because their man … 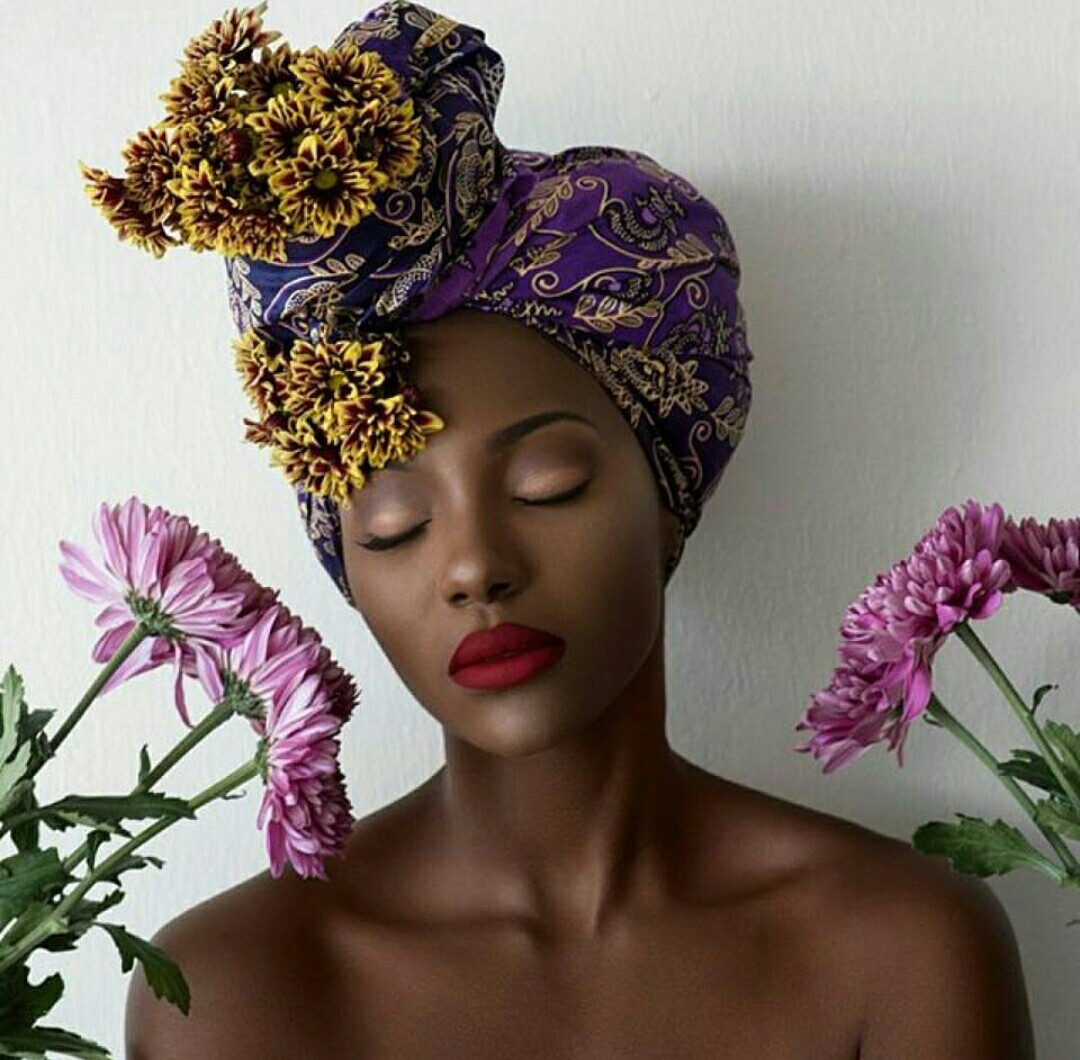 I am a proud millennial, I love my phone, being a couch potato and I live for the internet. I enjoy having varied opinions, and I understand what it means to agree to disagree. As a self-proclaimed feminist, the one thing I feel does not fit well in our recent age is rape. Rape is … 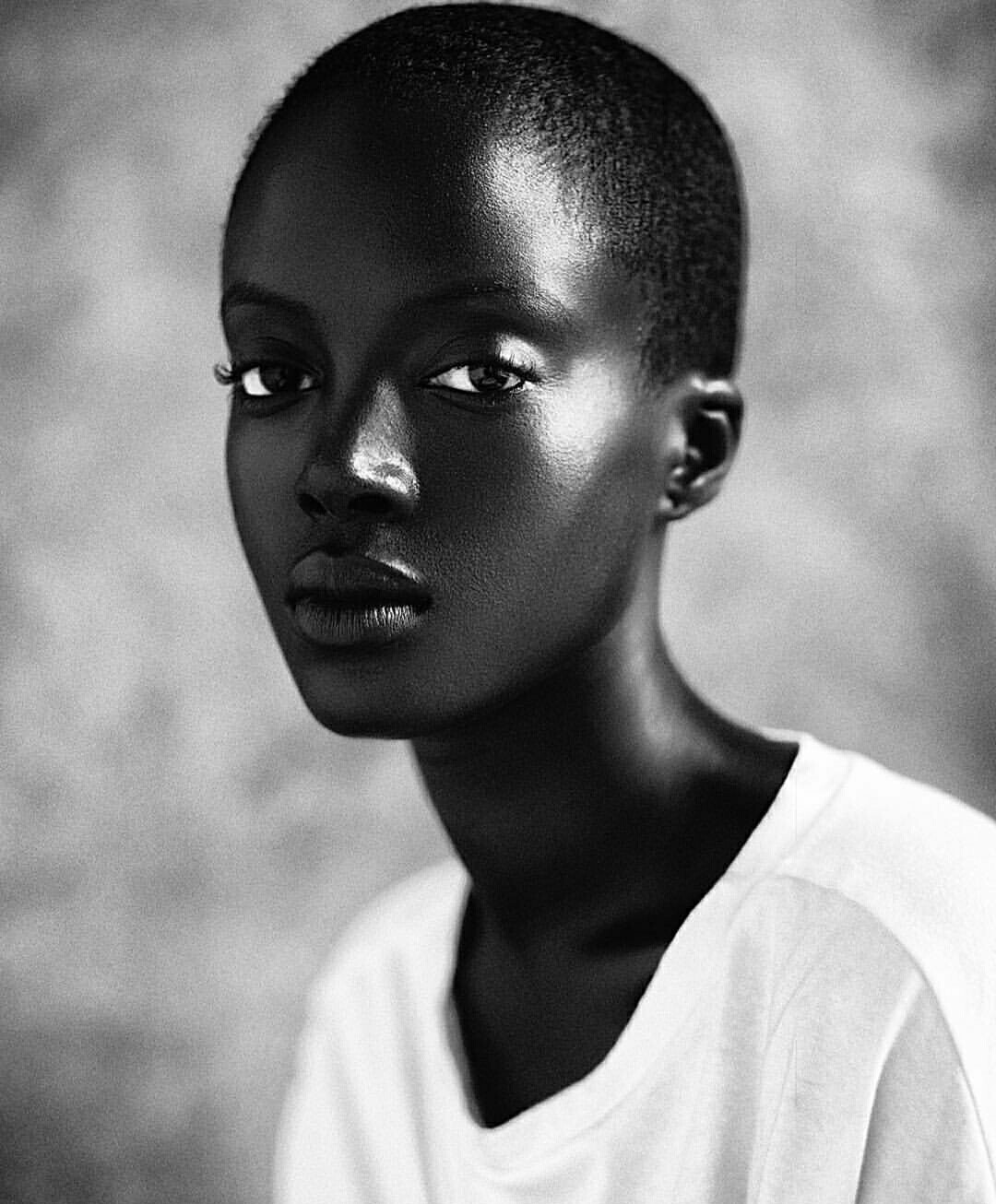 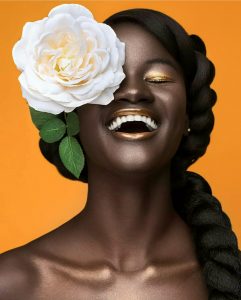 One of my all-time favorite saying is, “the existence of broccoli does not in any way affect the taste of chocolate.” Of course, a rose by another name will smell just as sweet.

The existence of pain does not in any way affect the thrill of happiness and joy. The sweetness of a fairytale cannot outdo the tautness of a horror film. There’s only one thing that overturns this, the love of God is incomparable to the devil’s way. I adore being female, and that does not in any way mean I hate on the other gender. I love traveling just as I do being locked up in my room. I love feeling eerie emotions and backing that up with crazy laughter. I love life.

Life isn’t a bed of roses and true, no one owes you anything, but yourself. Just because you are undergoing a rough patch should not overshadow every ray of joy that you once felt.  The presence of haters should not dim your light. When you fathom your inner power, you will gain your strength, when you understand that one ‘NO’ doesn’t mean the end, you will find your path, and when you fully comprehend the depths of pain, you will find irreplaceable joy! 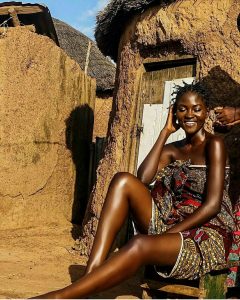 I had a terrible audition over the weekend, and it bothered me that I wasn’t in control when I wanted to, I couldn’t say what I wanted to, when I was supposed to. But again, it was practically my first ever audition, and thanks to my sister and best friend who held my hand and didn’t sugar coat it, I realized I was just fine. What mattered is I put myself out there. I tried, I conquered my fear. So many times we are afraid of trying out new things because we are not sure who’s watching. I realized I was a work of art in progress, and I am getting confident by the day. https://anitareachel.com/the-art-of-progress/  The question is, what’s on the other side of fear?

To my ladies out there, the presence of another person’s beauty can not overshadow or even replace your own. The presence of one abusive partner does not necessarily mean all men are crap. The absence of a delightful childhood doesn’t mean a terrible adulthood. Everyone’s uniqueness is what makes them unique. We can not all live on chocolate, can we? 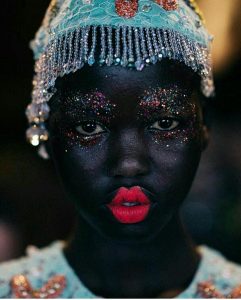 Let’s overturn the norm that a woman is her own worst enemy. Love your chocolate or broccoli self a little too much! At the end of the day, you’ll need the vitamins that broccoli provides and the comfort of chocolate. As terrible as it may taste, it is a delight to some people. Again, cry if you have to, go into the shower and wash it out, but at the end of the day never underestimate your power, never look down upon yourself because honey, you’re magic! 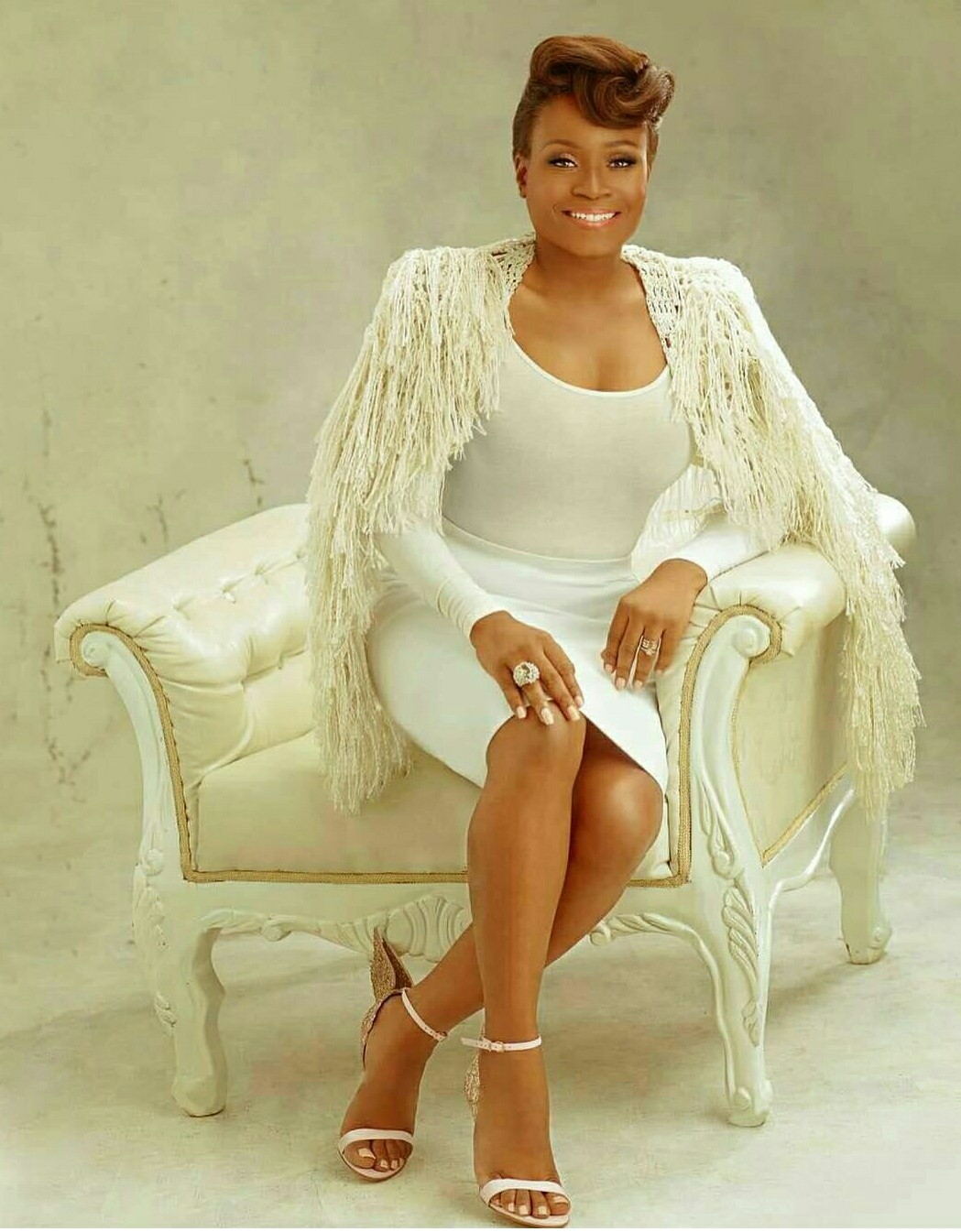 Virtuous or not? Proverbs 31; ladies the world ain’t gonna tell you but I preach it as it is. To all the beautiful queens we are, we’ve known and we’ll raise. To the #fiercenation. Nina Simone must be turning in her grave with all these twerking queens and heroines who actually outnumber virtuous women. Well, every …

Young girl, big dreams! The world is such a beautiful place; one letter at a time. Here's my love to you. Writing is an intimate part of my existence, my savored, once in a while indulgence. Share my world!